Set virtually in the middle of the rolling and wooded region close to the eastern shores of Green Bay, the Orchards at Egg Harbor is widely considered Door County's best public golf course. Designed by William Newcomb, a Michigander who worked with Pete Dye in the early part of his career, the Orchards at Egg Harbor opened for play in 2000 and immediately became the go-to place to play when visiting "The Door."

Carded at 7,206 yards from its back set of four tees, the par-72 track carries a rating of 75.0 and a Slope of 131 but plays a few strokes harder because of the constant winds off the massive lake. Newcomb's routing takes advantage of the site's 200-plus acres and two types of terrain: the outward nine winds through mature hardwoods and blossoming fruit orchards, while the inward half features dramatic elevation changes and a final trio of holes that border a five-acre lake.

The land is free of housing amid the natural beauty of the peninsula, and the course sports bentgrass from tee to green, being one of only two tracks in the county so endowed. For the most part, the holes are open and forgiving off the tee, but demanding in its greens complexes and on the putting surfaces themselves. 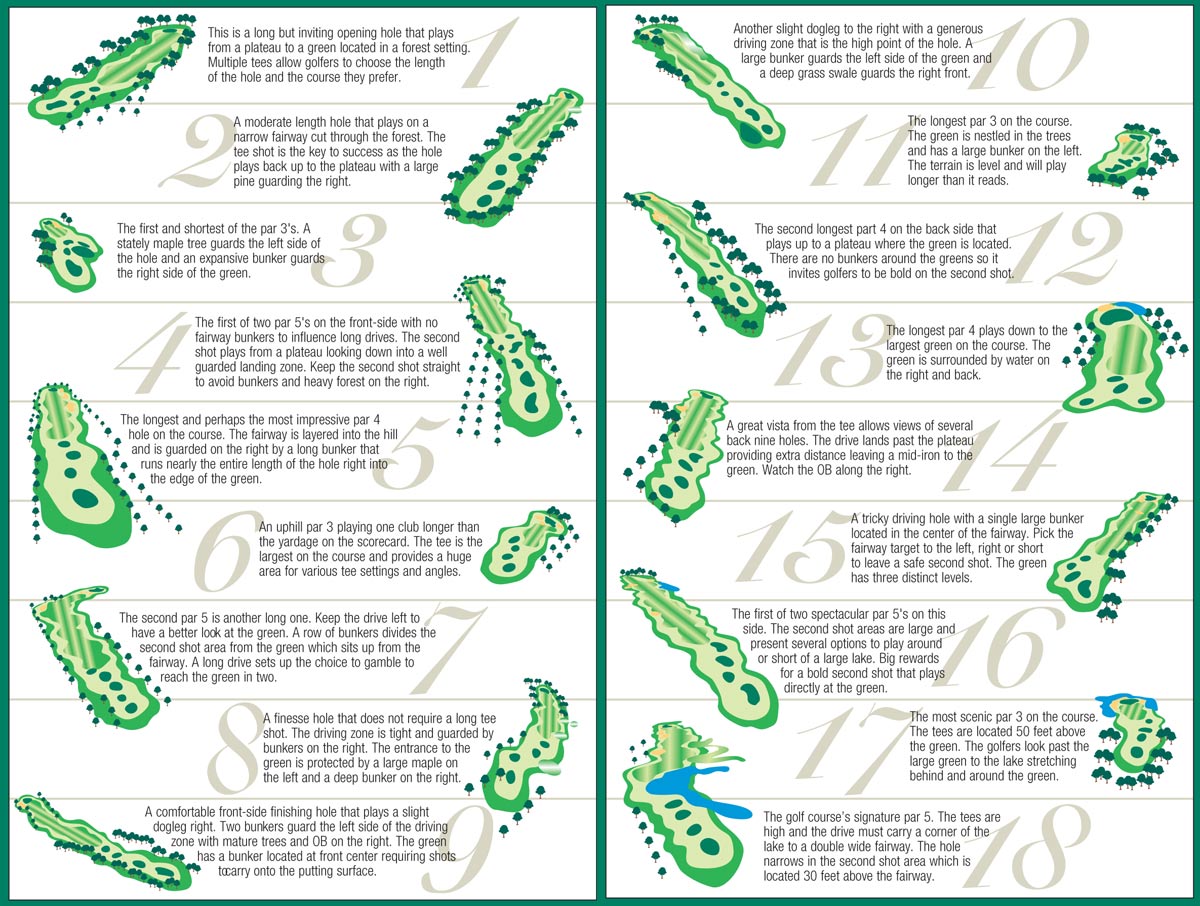